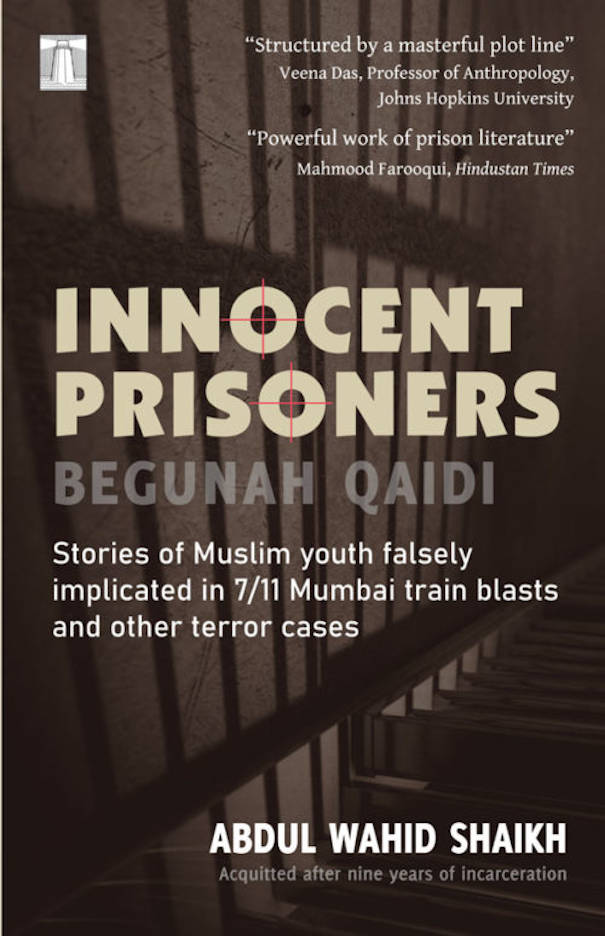 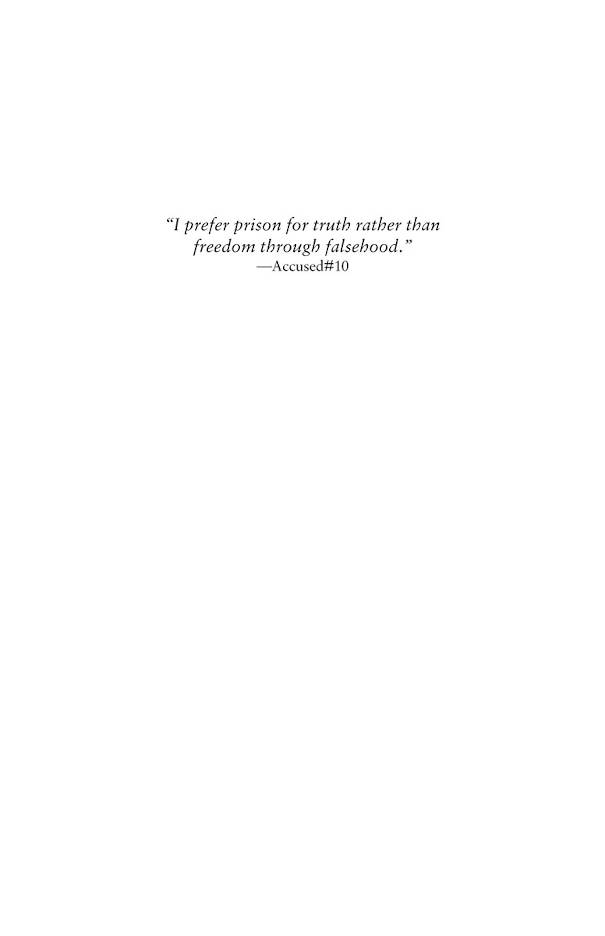 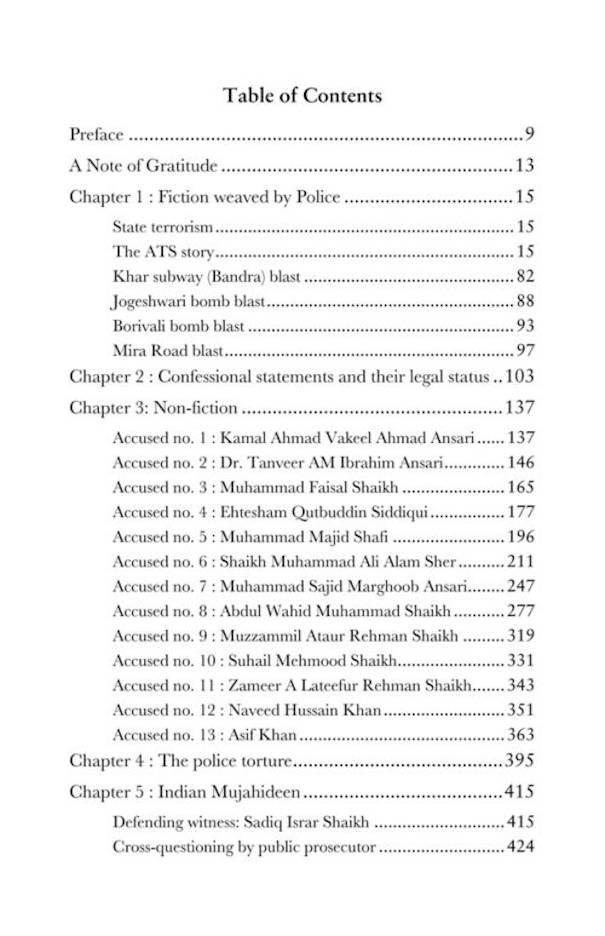 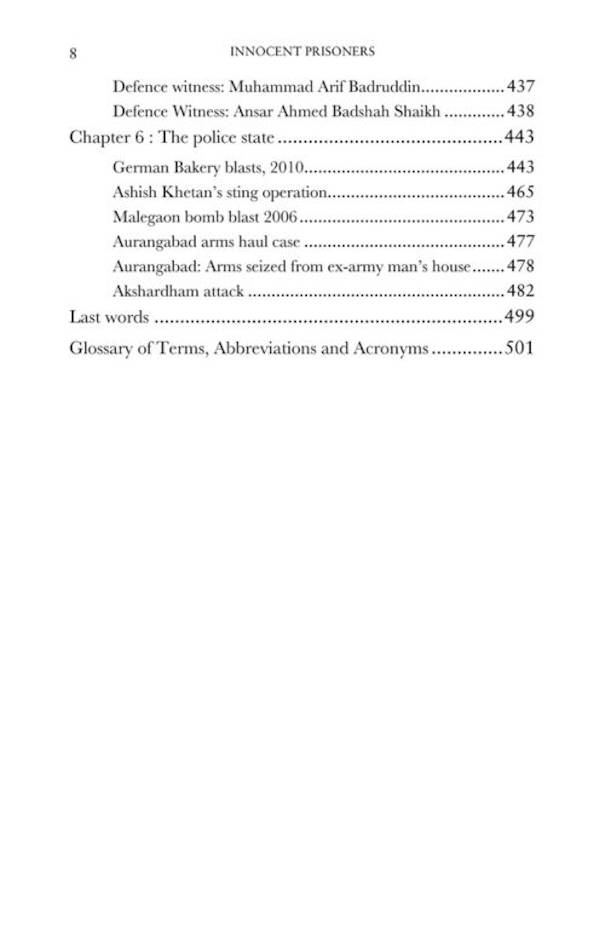 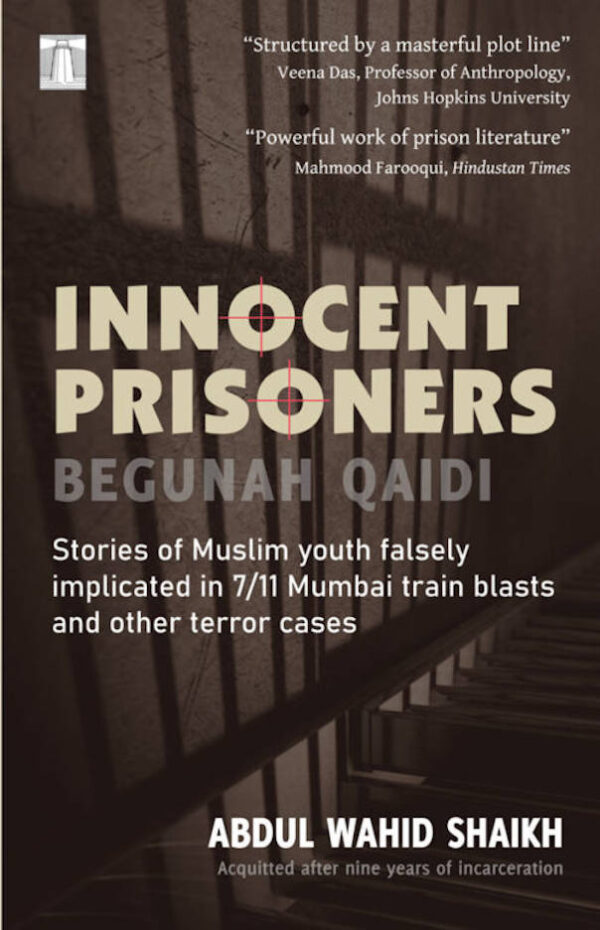 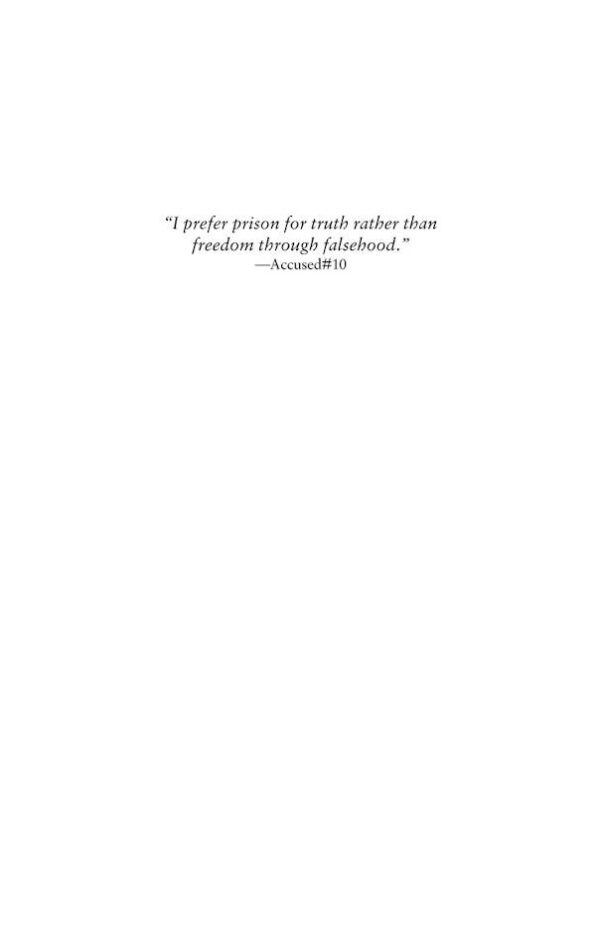 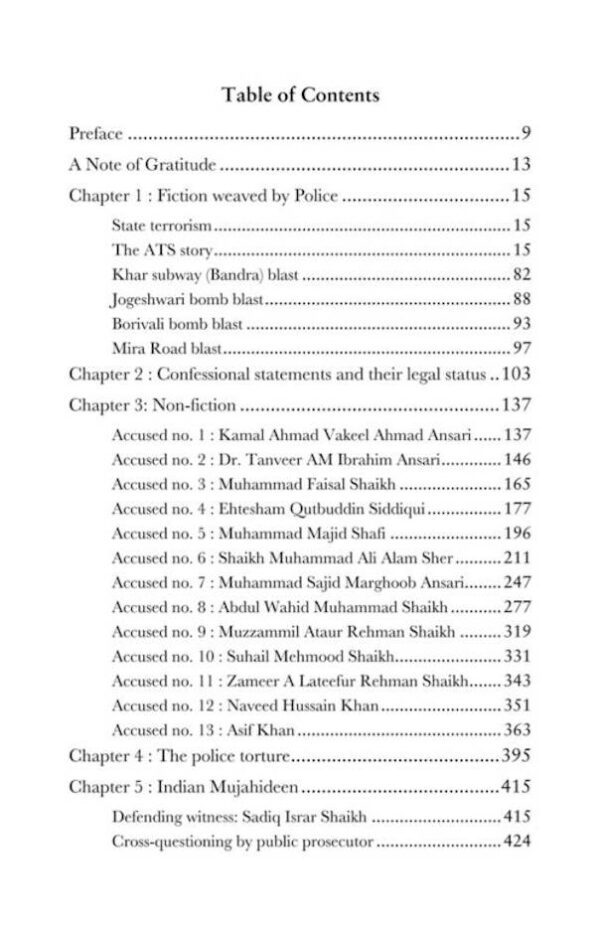 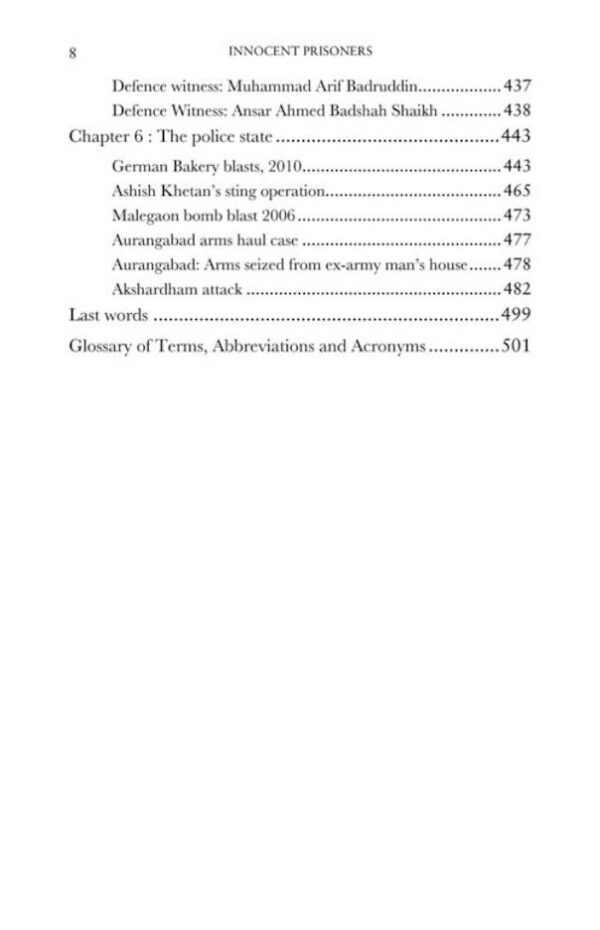 This exposé offers eye-opening details of the heinous game played in India for decades in the name of “terrorism”. This book unveils the ugly face of governments and investigative agencies, modus operandi of police, ATS and investigative agencies, their inhumane tortures, legal tactics employed and the secrets of court cases. Innocents implicated in terror cases will find courage to fight their legal battles through this book. The reality of the blast cases and the tall claims made by police and media are exposed in this book.

This book is not just a testimony of the innocence of a person acquitted of all charges in an infamous “terror” case, it also showcases his unmoved resolve to fight the legal battle for his freedom. It also is a manual on how not to get yourself entangled in the vicious web of false implication in the first place and how to secure freedom from the clutches of monsters in uniform, if arrested.

No products in the cart.